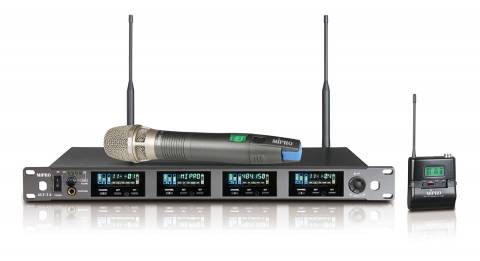 The NZ Government is reviewing the current allocation of the 600MHz band with the view of allocating it for 5G/IMT usage. This could potentially lead to the loss of the band to radio mic users, forcing them into the already crowded 500MHz band with almost nowhere to go. In addition, there is the question of the cost of changing all the hardware, most of which has only just been upgraded. In fact, many Pro and End users are still feeling the pain of having to change from the 700MHz band a few years ago when DTV was introduced (with its Digital Dividend reshuffle) and now it looks like they are looking at doing it all again.

You can emailing the Govt on this submission at the following email address by 5pm Monday 30th April 2018.

Response to “Preparing for 5G in New Zealand” discussion document

Below is an excerpt from the discussion which relates to the 600MHz band in particular.

3.4.2 600 MHz band
The 600 MHz band and adjacent 500 MHz band are planned for use by digital terrestrial
television (DTV) broadcasting in New Zealand. The 500 MHz band is fully utilised by DTV
services. Te Mātāwai holds a management right used by the Māori Television Service in the
lower part of the 600 MHz band from 606 to 622 MHz which expires in 2033. The remainder
of the 600 MHz band is currently unused except by radio microphones. Radio microphones are
permitted through a general user licence on a non-interference non-protection basis.
With changes to the broadcasting market and the move to more online channels, we are not
convinced that there is future demand for more terrestrial DTV channels. As a consequence,
the upper part of the 600 MHz band above Te Mātāwai’s management right is likely remain
unused for terrestrial DTV services.
Internationally, 610 to 698 MHz has been identified for IMT at the 2015 World
Radiocommunication Conference. Deployment of cellular mobile networks in the 600 MHz
band is commencing in the USA. If use of the band for IMT occurs more widely outside the
USA, there will be sufficient market scale for manufacturers to develop equipment for the
band for use internationally.
New Zealand could allocate the top part of the band above the management right held by Te
Mātāwai for IMT. If this were to occur, then alternative spectrum would need to be found for
radio microphones. Given that radio microphones have only recently moved to the 600 MHz
band, any plan to relocate radio microphones to an alternative frequency band would need to
consider fairness and compensation.
Whilst sub 1 GHz spectrum is sought after for IMT given its good propagation characteristics,
we consider that identification of the 600 MHz band for IMT in New Zealand is a low priority
for New Zealand until more countries begin using the band and equipment availability
improves