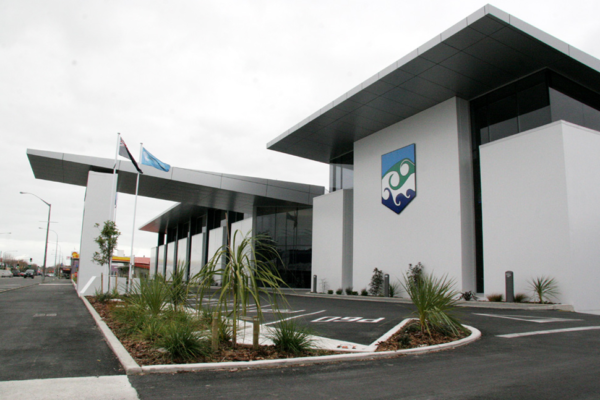 When the  Horowhenua Council was looking to upgrade their main chamber they were looking for a wireless conference system that was reliable, sounded great, had a voting option with NFC card reader ability and be easy to use. Asnet technologies proposed the Bosch Dicentis Wireless Conference system as the best solution and the results were outstanding..

The touchscreens are used to display who is talking and who is in the queue to speak next. It is also used for the voting option and displays the results of the vote too.

The council also wanted to use a secure logon feature using NFC cards which are linked to a stored database which locks the stations out until a user unlocks the station for use using their unique card. This system ensures no unauthorised voting!

The WiFi is fully encrypted so there can be no eavesdropping ensuring meetings are kept confidential when required.

Meetings are streamed out on the internet so the council chose to add two Bosch PTZ HD cameras, fed through a Kramer switch which in turn supplies video to the in chamber projector and the encoder for live streaming. The Bosch cameras are designed to work natively with the Dicentis system and they are set up to recall presets that are associated with each station automatically when the Councillors push their button to speak.

The system can be controlled easily via a PC or any smart device such as an iPad using the intuitive web browser based GUI using a number of preset profiles. 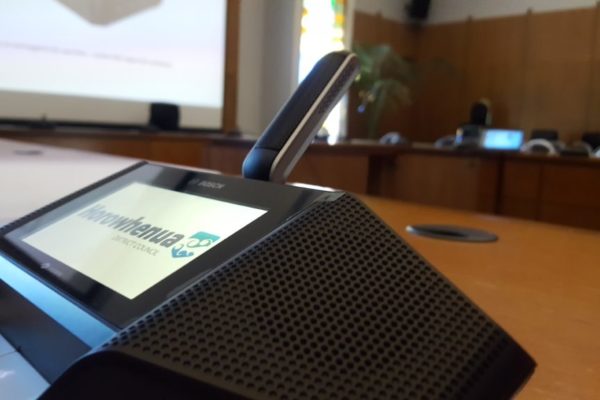 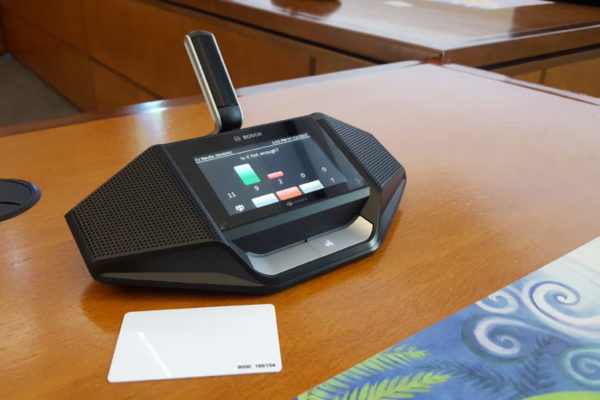 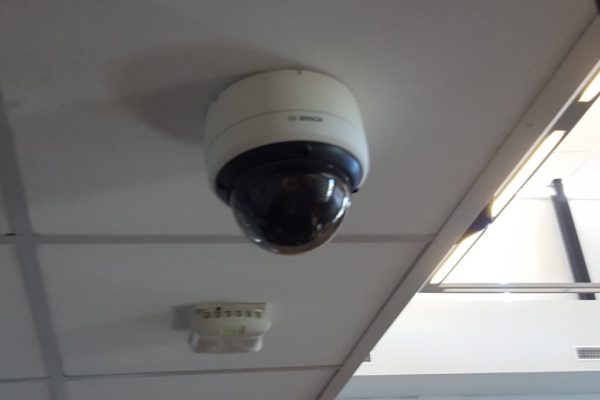 The Bosch Dicentis Wireless Conference system has been deployed in a number of sites around the country. If you would like more information about the system and the various options available or would like a demo, please contact us

This site is powered by Graphic Detail Ltd. Copyright 2017.